CloudEagle - the One & Only SaaS Research and Procurement Platform 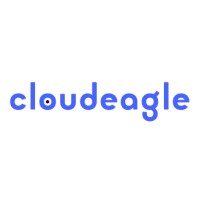 SaaS services have become one of the most crucial tools for companies to grow their business. The SaaS industry allows different companies to perform digital analysis, storage, etc, and has become one of the fastest-growing segments in IT. According to a report from Statista, more than 15,000 SaaS applications are in the market as of 2021. The SaaS market value has reached to152 billion USD. However, the increased number of SaaS vendors has made it difficult for buyers to choose the right service.

Customers reflect that it’s expensive to procure the proper SaaS service for their business when they have a strong IT team. For small businesses, getting the right service becomes time-consuming and extravagant as they often overpay for functions they don’t use. From vendors’ perspective, they have trouble retaining their customers; they will be losing crucial information and data as customers cancel their subscriptions. According to Statista, around 44% of the companies cut their SaaS spending due to COVID-19. This number again reflects that many companies may have found the use of SaaS services ineffective and expensive.

Under such pressure, an efficient SaaS application is necessary to help reduce the spending cost of companies and abridge the gap between vendors and customers.

CloudEagle is the first SaaS company that has the potential to solve the above issue at once.

Acting as a middle person between vendors and customers, CloudEagle will help companies identify their wastes in current subscriptions such as inactive users and unhelpful features. It will also suggest suitable SaaS services and charge a low price for customers. The research engine designed by CloudEagle contains information about 100,000 SaaS applications. It will allow customers to see SaaS product reviews and case studies. Customers can also utilize CloudEagle’s own SaaS community, where customers share their SaaS using experiences. CloudEagle's SaaS management system will continuously provide suggestions to companies on which vendors to use based on their financial needs and usage. In this way, a company's spending will be optimized in real-time.

When we invest in seed-stage tech startups, typical measurements of success such as product, customers, and revenue do not exist. Instead, we always look at 3 pillars: the market, the technology, and the team.

The SaaS market is growing exponentially. According to ForturnBusinessInsights.com, “The software as a service market is expected to grow from USD 130.69 billion in 2021 to USD 716.52 billion in 2028 at a CAGR of 27.5% during the forecast period.” The market demand and growth will drive the market value back to the pre-pandemic level once the pandemic is over.

The business model of CloudEagle is the only one that provides help for both vendors and buyers in the SaaS industry. CloudEagle’s one-of-a-kind strategy will help save a company’s costs, improve vendors’ services, and change the ecosystem of the entire SaaS industry.

The team consists of industry experts with years of expertise in the field. Nidhi Jain(CEO) has 20 years plus experience in the SaaS industry. Prasanna Naik has been a manager and a founder of multiple companies. Architect Swatantra Agarwal and ML/NLP expert Sridhar Iyer both have profound industry experience in engineering. With a solid track record of technology & business execution, they have driven the industry roadmap for years.

TSVC believes in CloudEagle and its fantastic service for the SaaS community.