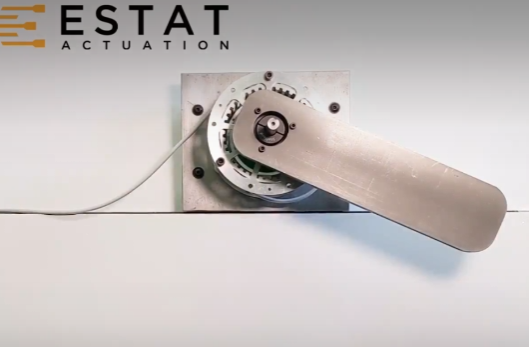 Mobile robots are being adopted by multiple industries to improve productivity and efficiency. Growth is impressive: the mobile robotics market is expected to expand from $19 billion in 2018 to potentially $54 billion by 2023. However, some existing problems are challenging for engineers and companies to scale up their products in a cost-effective way.

The bulk of a typical robot's exoskeleton cost - as much as 84% - goes to hardware, which is the limiting factor for most useful applications. The clutch in the robot joint is essential for most functionality, particularly for robots specializing in control and mobilization. However, these joints can cost up to several thousand dollars each. The more useful a mobile robot is, the more joints it needs; for a high-functioning robot, joint cost can be prohibitive.

Weight is a critical priority in robot design; using light-weight hardware helps ensure robots’ safety and responsiveness in operations. However, it is difficult for the current hardware to support dynamic movement in a lightweight package. As a result, today's practical mobile robots need to weigh a few hundred pounds.

Conventional robot clutches use an electromagnetic field to create forces. Using a solenoid coil to activate/deactivate the clutch makes the robot joint a heavy component, since coils are made from metal. On top of that, conventional clutches requires a consistent current flow to create adherence within the clutch. This method could lead to overheating and other issues. ESTAT identified these problems and has addressed them with a newly developed clutch that makes exoskeletons lighter and more energy-efficient.

Enter ESTAT Actuation. ESTAT’s electroadhesive technology composites films with an electrode and direct coding. The clutch has a positive charge on one side and a negative charge on the other. Placing two films with dielectric sides facing one another creates electrostatic adhesion. A notable part of this design is that the films are about the thickness of a piece of paper, dramatically smaller than traditional clutches, enabling a raft of new applications that were previously not practical. Compared to conventional clutches, ESTAT’s clutches are three times lighter in weight. The reduction in weight means that not only are ESTAT-enabled robots safer to operate, but they are also significantly more cost-effective, avoiding hundreds of pounds of hardware to support those joints.

Besides being lighter in weight, the clutch also supports bi-directional operation, with significantly less power consumption than legacy alternatives. ESTAT’s clutch also reduces static power consumption to nearly zero. During one of ESTAT’s demos, an engineer controls the clutch’s adherence by applying a voltage across the two electrodes, which transmits forces up to 30lbs (clutch weights 20g) and maintains a stable connection within the clutch. The voltage-driven clutch can operate with only a small amount of current with minimal heat generation. Overall, the voltage-driven clutch shows tremendous benefits compared to current-driven clutches.

TSVC has always paid close attention to the robot industry as it shows tremendous potential in automation and other assistance operations. Through hardware and software, robots have unique capabilities to carry out various functions and promote work efficiencies across multiple industries. However, despite decades of development, overweight and overheating have always been significant challenges in robot production. The underlying safety issue from these challenges is one of TSVC’s concerns regarding the mobile robot industry. With more than 25 years of robotics hardware experience and multiple startups under their belt, ESTAT’s founding team was well aware of these inefficiencies in robot production. With a team of talented engineers and credible advisors from Carnegie Mellon University, Stuart Diller, Co-founder/CEO of ESTAT, was able to develop a unique clutch to overcome these challenges. TSVC's general partner Charles shared his thoughts on ESTAT: “There is a market need for ESTAT's robot actuator. With materials innovation, ESTAT's clutch brings dynamic movement in the joint without heavy parts and excessive energy. We believe these advantages are critical to ESTAT's future success.”