Ginkgo Bioworks: How the Organism Company Grew Up 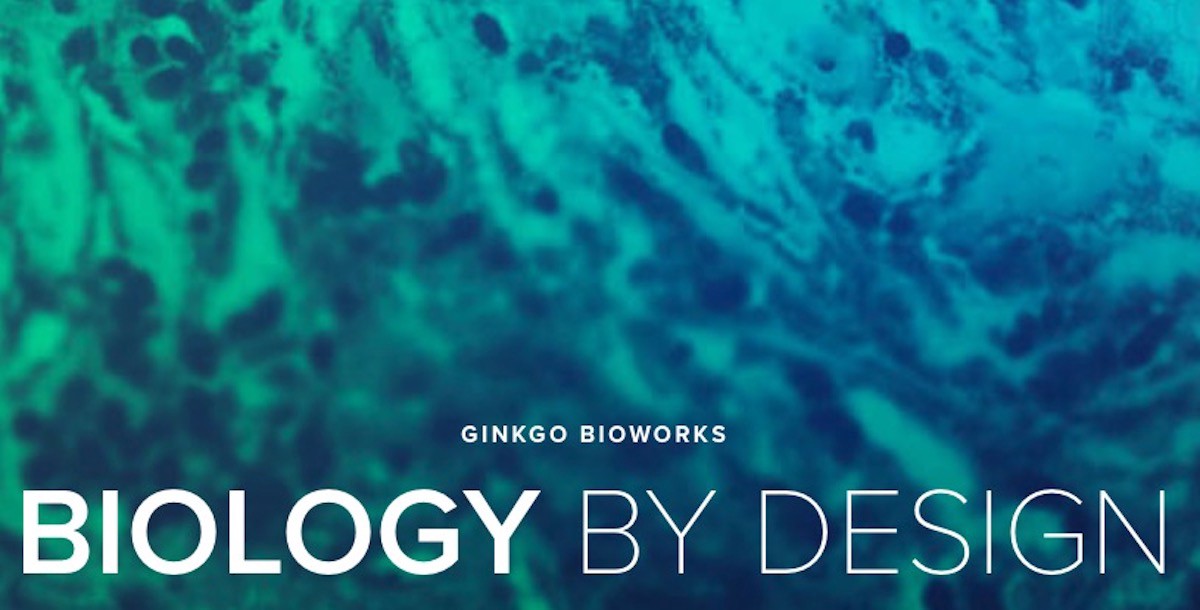 Ginkgo Bioworks is a Boston-based analytics company that engineers organisms for customers across multiple industries. Now a TSVC unicorn, they were founded in 2009 by a few fresh MIT graduates and seasoned scientist Tom Knight. The self-proclaimed “Organism Company” has since grown into one of the world’s largest privately held biotech companies. As the team creates products that have the potential to address pressing environmental and industrial challenges in our world today, we had the opportunity to interview co-founder Austin Che to get the story on how the Organism Company grew up.

AN UNLIKELY TIME TO STARTUP

Despite the stock market crash in 2008, Ginkgo Bioworks’ co-founder Austin Che says taking the risk to pursue a startup company wasn’t a tough decision for him and fellow MIT companions Reshma Shetty, Jason Kelly, and Barry Canton. In fact, the newly graduated team found themselves a bit bored of the conventional routes ahead of them. “The default option was to get a postdoc, but none of us were that excited to do that,” he said. After perusing the job market, nothing seemed too interesting at the time either. Thus, guided by what was the most exciting path, along with the leadership of Tom Knight, the group decided the startup route was the way to go.

For the first several years, their path was full of challenges. “2008 was a great time to start a company,” Che jokes, looking back on their first six years of bootstrapping. “We did try to talk to investors a bit at that time. We got plenty of no’s, and we got turned down a lot,” he recalls. “We entered a lot of business plan competitions and got rejected from all of them. ” At times, they would offer customers products for free and they’d still get turned down. Applying for government contracts and grants helped keep their company going. But it turned out that the first six years of rejection helped create conditions that later lead to their success. “It was probably good that we did not raise much money in the first couple years. It would have hampered our exploration. The first couple years we were in an experimental mindset; we were scientists.”

AN ENGINEER’S APPROACH TO BIOLOGICAL SYSTEMS

Tom Knight — engineer, scientist, “godfather of synthetic biology,” and co-founder of Ginkgo Bioworks — has been a crucial member in shaping what the company is today. “In the early days, there weren’t that many that believed in Tom’s vision for synthetic biology,” says Che. Knight had an early start at MIT; he started taking classes there in high school, and later on became a professor at MIT before going back to take undergraduate courses in biology. Given Knight’s background in computer science and engineering, he was coming into the field of biology with a different problem-solving approach than most biologists. He wanted to use biology as a technology, not just a system to study. “The way he’d say it, the biologists are out there to look for complexity, and if you find something interesting, you can write a paper about it. That’s the dream of a biologist — to find something new and complex and write a science paper. But the job of an engineer is to get rid of that complexity. [The engineer] wants it to be understandable, repeatable, and boring.” And so, with the combined ingenuity of Tom Knight and the Ginkgo team, the startup crew was gearing up for some promising new ideas.

WHEN THE BOOTSTRAPPING PAID OFF

2014 was an exciting year for the startup — after six years of experimentation, rejection, and bootstrapping, things finally began to change. For one, joining Y Combinator brought the right kind of exposure to their company. The team was able to pitch their ideas to a new audience of investors that were more open to and interested in their vision than any previous biotech investor. Gingko, at last, was getting inbound projects from customers. And of course, 2014 was also when TSVC discovered the company. Things were finally taking off.

What caught TSVC’s attention was one of Ginkgo’s earlier projects — using synthetic biology to engineer flavors and fragrances that are usually derived from a natural source, like plants — which had significant potential in changing the industry. Whatever nature’s biological or chemical processes could make, the team sought to replace it with biological systems created in the lab. “The problem with [deriving flavors and fragrances from plant extracts] is it’s really inefficient to grow a plant,” explains Che. Instead, the goal was to be able to have on-demand production of these products using microbes instead of relying on nature to produce the necessary ingredients, which could pave the way for cutting huge costs and saving resources. The idea of using microbes to produce what would usually come from natural biological or chemical processes, however, isn’t new — it’s been long used in the pharmaceutical industry to create insulin, for example. But that’s where Gingko was diverging from; their goal was to apply the on-demand production of microbes to as many different industries as possible.

Today, Ginkgo Bioworks is doing just that. While other synthetic-bio companies create products and brands to sell to customers, Gingko offers itself as a platform for customers to decide what they want to create. “What we’re trying to do is to engineer organisms, program cells, and to be able to do that for a wide range of industries.” With that approach, the possibilities are endless. The team’s scope of work has burgeoned into a whole network of different projects. Just to name a few, they’ve partnered with Synlogic to engineer probiotics to treat disease. Their collaboration with Allonia is developing new ways to manage waste. Their joint venture with Bayer Crop Science aims to reduce the use of chemical fertilizers. They’ve also joined with Motif Ingredients to make veggie burgers taste better. “Those are all the applications, but at the core of what’s common to all that is that they use the same A’s, C’s, G’s, and T’s of DNA…. We have the best organism designers, and the ability to synthesize and test a bunch of constructs and reuse these parts across [different projects]. So, as we do more and more projects, we get better in all these different areas.” In March 2020, they also committed their resources to support the fight against Covid-19. Much like the organisms they engineer, Ginkgo Bioworks will continue to adapt and respond to our world’s problems as they find innovative minds to partner with.

THE POTENTIAL WE’RE EXCITED ABOUT

Some say the industrial age is coming to a close, making way for a new age of biological engineering. Along with already starting to help solve our planet’s pressing issues in waste remediation, agriculture, biosecurity, the food industry and more, we are looking forward to the potential ways in which Gingko Bioworks will expand its impact in as many different industries as possible. “Gingko Bioworks is the AWS (Amazon Web Services) for biology,” explains TSVC’s founding partner Eugene Zhang, who recognized the potential of Gingko Bioworks the moment he heard their story. Much like the way cloud computing provides on-demand delivery of IT resources via the internet and offers a platform for customers to build anything they want, our Silicon Valley minds saw that the Organism Company could imitate this — but with biological systems.

Although the company has some manufacturing capabilities, currently it isn’t their core. “[Creating product and brand] is not the direction we’ve been focused on, for better or for worse. We want to be the platform. We want to be agnostic to the industry and not go that far if we can. I would distinguish us by how much Gingko is a platform compared to other companies. We are not trying to develop our own products and put them out there, but to allow the ingenuity of what the customer wants to take, and sort of be agnostic to that.” While that may be their current approach, it doesn’t mean that our tech-minds here at TSVC didn’t recognize its manufacturing potential — it could become the TSMC for biotechnology. Given the variety of their projects, synthetic biology companies like Gingko Bioworks have the potential to manufacture cells and organisms for many applications, much like the way TSMC manufactures and mass produces complex computer chips for clients around the world. And even if they don’t become the manufacturers, they’d still be the original designers of these biological chips that could become so ubiquitous in our daily lives that we hardly realize they’re there. Just as Tom Knight said, “The interesting thing to program in the 21st century isn’t going to be computers — it’s biology.”