KeyWise - the Fitbit for the Brain 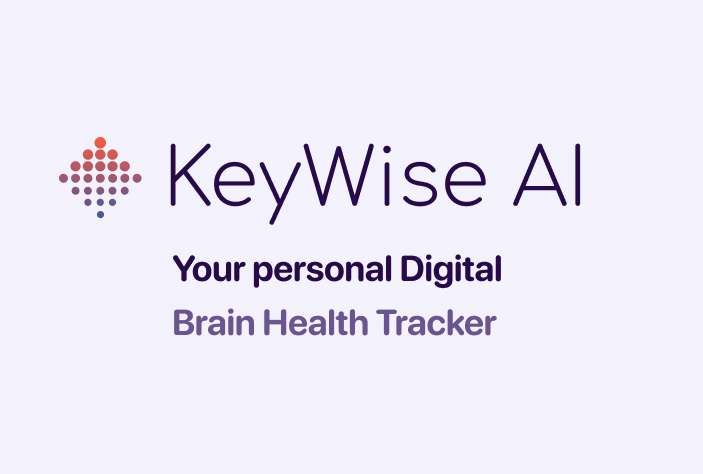 Currently, there is no reliable way to track brain health in an objective way. Traditionally, psychiatrists treating patients with mental disorders heavily relied on patients self-reporting feedback on how they feel. However, self-reporting is very subjective and inaccurate, and there is a less than 10% compliance rate for manual check-ins on mood tracker apps, which are traditionally used in an attempt to track disease progression.

An accurate and objective brain health tracker would have potential applications in multiple markets such as bipolar disorder, major depression, and personal health metrics. There are 7MM patients in the US and 45MM worldwide with bipolar disorder. For major depression, there is a population 3 times that of bipolar disorder, with an estimated 21MM adults suffering from this psychiatric disability in the US and 135MM worldwide. For personal health metrics, there are at least tens of millions of consumers annually (Fitbit sells 10MM+ devices annually).

KeyWise is the solution to this problem. You can think of KeyWise as the Fitbit for your brain since it tracks factors of brain health such as processing speed, attention, mood stability, and impulse control in a way that is automatic, objective, and nonintrusive.

The way KeyWise works is that the app tracks your keystrokes through a specialized KeyWise keyboard, and over the first few days, builds up enough data to build a baseline typing behavior. The app uses on-device machine learning (essentially an AI model that can run on low-power devices), which allows KeyWise to function on a smartphone. The app uses factors such as time between keystrokes, backspace usage, and autocorrect to give data-driven reports on cognition (processing speed + attention) and mood (mood stability + impulse control). In addition, the app tracks brain health metric trends over time; these metrics are used to help detect anomalies and predict trigger events. These actionable insights can enable early interventions from caregivers (family and/or psychiatrists). In fact, the KeyWise app has a “Care Circle” function, where users can share their metrics with family members and close friends.

Professor at UIC’s Center of Depression and Resilience. On the board of two health care companies (Blueprint and Embodied Labs). The Chief Medical Officer for KeyWise.

Associate Professor of Psychiatry at UCSD. Is on the board of directors for the UCSD Mental Health Technology Center and also consults for a digital cognition research company (NeuroUX).

Was the co-founder of two startups that were acquired (Stoke and SpiderCloud Wireless). Joined KeyWise initially as an advisor after the SpiderCloud exit, and was later hired by the scientist-founders to run the company as CEO.

Professor at UIC who is the Principal Investigator for BiAffect, the crowd-sourced research study on which KeyWise’s technology is based.

TSVC seeks out interdisciplinary technologies with high commercial potential since they provide excellent defensibility against competitors. The target market is quite big (45MM bipolar patients and 135MM patients with major depression worldwide), and an objective brain metric tracker would greatly improve treatment decisions. In addition, there are currently no major competitors for tracking brain health. Even if a competitor were to emerge, KeyWise has competitive advantages on several fronts.

First, the research backing the technology is proprietary, and KeyWise has exclusive rights to the intellectual property through a technology transfer deal with UIC. Second, KeyWise has on-device machine learning algorithms in order to analyze the data and draw actionable conclusions. The science behind KeyWise is backed by an ongoing research project called BiAffect with over 2000 citizen scientists and over 34 thousand hours of typing logged. In addition, there are several NIH-backed research studies analyzing the data collected from the BiAffect project that show a strong correlation between certain keyboard actions and certain brain health metrics.

Finally, all of the scientists who led this research for BiAffect and the NIH studies are on the KeyWise team, so both the research and the researchers are locked down with KeyWise. The team is world-class, consisting of professors in departments relating to mental health and with many in the team holding multiple advisory positions in organizations related to healthcare and health tracking.