PSA: Why there needs to be an institutional shift towards female founders 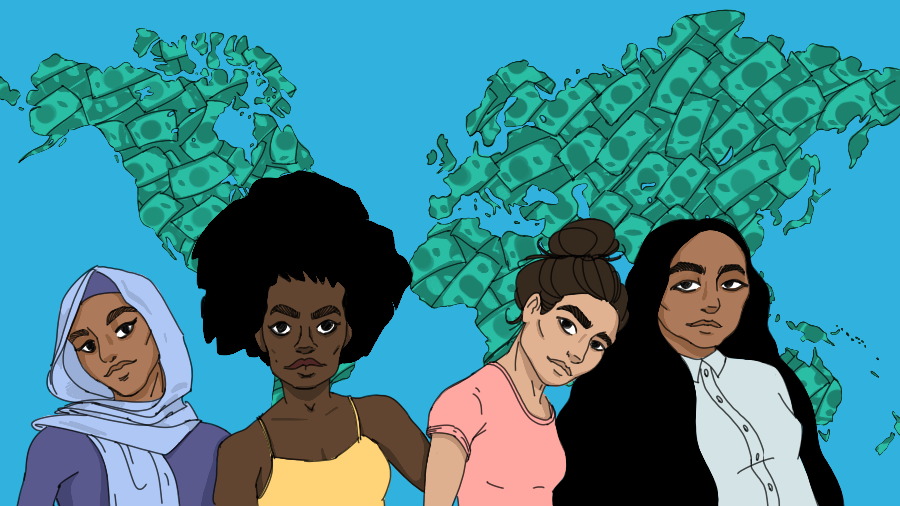 It’s no secret that women are still heavily underrepresented in the financial and venture capital industry. Venture capital is still shaped by a hypermasculine culture that has barely changed despite calls for more diverse teams and female-led companies. The overwhelming male domination of venture capital remains a significant contributor to the gender inequality of the industry –– a result of homophily, unconscious bias, not recruiting enough candidates from non-traditional paths, and gender stereotypes that discourage women from trying.

It’s this type of deeply embedded bias that has created serious obstacles for the attraction, retention and progression of women in the industry.  For me personally, it was a struggle to climb the career ladder from Associate to Director and finally, to Head of Investor Relations. A promotion I would have received several years ago if I were male. Across the U.S., for every three men promoted, only two women get similar promotions. You see, when women defy stereotypes and show ambition, rationality, and dominance – characteristics often required of a founder to be successful – we are penalized by a backlash effect. Early in my career, I had no legacy network or female role models that I could rely on to help me navigate a traditionally male-dominated industry. In fact, I remember spending my time hoping that no one would remember that I was female at all.

Through this experience I found there is an abundance of emotional subtext of working in a male-dominated industry that’s not often talked about. We, as women, have no rule book on how to lead, advocate for ourselves, or be founders because we’ve had so few female role models who have come before us.

The barriers to entry and a general lack of pre-seed funding is the number one issue preventing female founders from succeeding. In 2020, just 2.3% of all VC investment went to women-led companies, this represents a 27% decrease from 2019. While the issue of a lack of women’s representation is prevalent in almost all industries, technology in particular is a hotbed for all-male founding teams. There is no simple fix for this, but more female role models and fair funding seem a promising approach.

Of course, the disparity won’t disappear quickly, because gender bias and stereotypes are still deeply rooted in our psychology. Women are often viewed as aggressive or pushy when trying to get funding, yet that is rarely said of males who exhibit the same attributes. Coupled with different criteria to evaluate female and male-founded companies, this continues to create an uneven playing field.

So, what do female founders bring to the table?

It is a fact that female-led teams earn 12% more revenue than male-led companies. Female founders are also more focused on solving big societal issues with technological innovation across lifestyle companies, healthcare, and education. Additionally, the benefits of having a diverse, female-focused team means that there is more innovation, and information is digested in more creative ways.

TSVC has invested in over 180 startups, of which a quarter include at least one female founder and we continue keeping our work on gender diverse teams close to heart for coming cohorts. The focus on diversity and inclusion also extends to our sourcing partners. In fact, our top performing sourcing partner, in terms of the greatest number of investments, is female. Weiying Ding joined the TSVC team in 2010 and has led over 100 investments, including: MyHealthTeam, 3gear System, Lex Machina, Quanergy, Carta, Zoom and our recent sixth unicorn, Iterable.

The firm believes deeply in being the change that it seeks. Diverse teams are simply smarter. Women bring unique perspectives to the table and often fund companies that target problems for the more underrepresented people and parts of society. These problem spaces include areas that were exacerbated by the pandemic – inequitable systems in work distribution and healthcare.

Key themes arising from the global pandemic are definitely here to stay – an increase in remote and new work models, investments at the intersection of machine learning and AI, along with health tech innovation.

Female founders are also leading the charge for ESG (environmental, social, and corporate governance) and are more likely to have a positive outlook towards this growing trend. In a recent report by Morgan Stanley, 84% of women integrate ESG factors into their investment decisions versus 67% of men.

However, there needs to be a systemic change.

For things to be different, I think real foundational change needs to happen to level the playing field for female entrepreneurs. As an initiative to move the industry forward, TSVC created its “Alpha Program”, together with SAF (Sinovel Angel Fund), to invest in women and minority owned businesses and underserved entrepreneurs at the alpha stage. TSVC is allocating 5% of its investment mandate annually to the initiative.

Furthermore, VC’s first need to tackle the internal bias on the hiring front to address the lack of funding for female founded companies. One way to do so is by instituting a systematic and professional HR function that relies on data and algorithms to increase firm diversity. More senior female hires at a VC will lead to more funding towards female-led companies. More importantly, we need to encourage VCs to report diversity and inclusion metrics, such as the percentage of women in the VC firm and its portfolio companies. This will challenge the industry to redefine organizational processes rather than relying on people to merely think differently.

One of our portfolio companies, Celential.ai, is an AI-driven Virtual Recruiter that finds and vets prospective engineering candidates by focusing on skills and competencies rather than a specific educational background – equalizing access to opportunity. We can’t make meaningful progress forward until hiring practices are addressed.

I’d like to see more open information exchange opportunities – lists of institutions, who are committed to supporting women founders. We have several independent groups, such as Girls Who Invest and Black Girls Code, but a master list is not widely known. To move meaningful capital into the space, it’s important to centralize information to make it easier for these independent groups to operate.

It should no longer be on the shoulders of women

TSVC actively invests with a gender and diversity lens and I think this comes from the hardships the team has endured as Chinese immigrants. The number of women in TSVC’s portfolio adds a sense of social responsibility. However, women are still underrepresented at the General Partner level, something the firm hopes to change after fundraising is complete on Fund V.

I find women are missing from the conversation very early on – starting in college, women are not included in entrepreneurship clubs, networking events or business school. This is why venture capital and the network that surrounds it has always been male. Change needs to start very early at the University level to encourage women in these fields.

TSVC has made strides towards coaching its female founders with tailored resources and access to strategic partnerships, such as 100 Women in Finance – connecting them to external resources, partnerships and networking opportunities that provide a platform for exposure to grow their business. As a step towards accountability, VCs should set gender-diversity targets for their own firm and portfolio companies as well as track gender representation of the portfolio companies they meet with during the deal sourcing process.

What should we expect in the next 5 years?

I think female founders will start to see more capital once the industry sees more success stories and role models who are willing to share their experience.  Subsequently, investors will need to play a larger role in driving this change because they control the majority of the capital inflows.

Within TSVC, I hope we raise a sixth and seventh fund in the next five years and continue our efforts investing in diverse founders at the seed stage. I’d also like to see more women and more diversity in our portfolio companies and focus on founders working to solve big societal issues through technology.

So often, success for women comes at a high personal cost. This is something I have grappled with my entire career and why I champion for women in the industry – because it’s been a difficult road to get to where I am. This includes championing for more investment into diverse and female-led teams to combat the bias that still exists in venture capital today. To know that I have the opportunity to facilitate real change in the world is a very powerful thing.

Any last points to add?

You asked about my mountaineering, which I’m always happy to discuss! Mountaineering for me came at a point in my life where I was asking a lot of questions. I undertook my first expedition in 2016 when I climbed Kilimanjaro. It was around this time that I started to get burned out as many females do in the industry after spending years listening to signals that tell us that we, as women, don’t belong in the room.

Mountaineering for me was a way to continue to challenge the status quo. Beyond the lack of female representation on the world’s most iconic peaks, women continue to be disproportionately represented in society. Similarly, the number of women on mountain summits isn’t due to a lack of desire but other reasons. Like the fact that 8000-meter mountaineering boots don’t exist in sizes smaller than a 39 – a women’s 8! And that’s on top of barriers less tangible than gear, like a lack of representation, sexism, and the way that society raises girls differently than boys (with more caution and less focus on outdoor pursuits).

These challenges all resemble what so many women face when trying to get to the top. That’s why I’ve dedicated my Explorers Grand Slam pursuit to addressing issues of gender equality and inclusion. To inspire conversation about women at the top and the huge absence of women in leadership positions. Today, I’ve climbed three of the seven summits including Aconcagua, the highest peak outside of the Himalayas (without oxygen). I am also a member of The Explorers Club, of which 28% is women.