How to Set Startup Valuation in the New Cycle 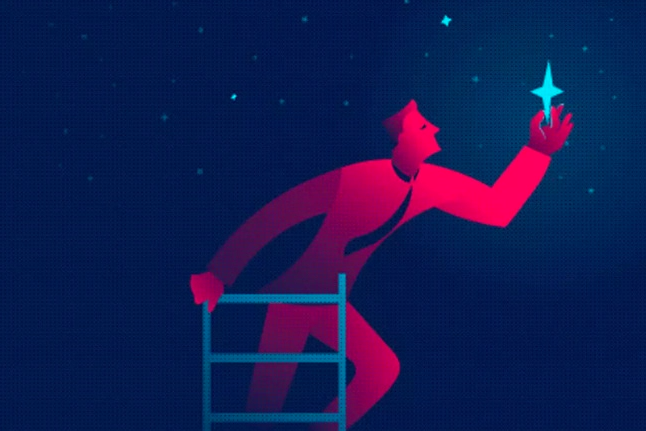 Four months after my blog post “We have seen the peak, what do we do next?,” we have firmly confirmed the peak of the public equity markets. As of market close today, the NASDAQ is down 27.14% YTD, in bear market territory, while the S&P 500 is down 17.15% YTD. Likewise in the startup world, a SaaS company requested valuation of $35M with annual recurring revenue of $50K (a number an entrepreneur offered us early this year) was something that was only possible with the NASDAQ Composite above 16000 and AAPL at $182.

The valuations that startups requested, and often got, in 2021, were an anomaly, and those numbers very quickly have become outdated and useless references. What valuation should you reference today, if you are a committed seed investor who believes in long term value creation by disruptive technologies, or a founder set on starting a company?

Let me offer a quick historic review, based on my experience as an amateur stock market investor over the last 30 years and a professional early-stage VC over the past 11. Now that the 2009-2021 bull-market cycle has completed, and the recent asset bubbles are bursting, I will give some past and current examples of peak valuations. I have listed a few “popular” public companies, while other less well-known examples are based on my own experiences.

In the mid-1990s I worked as an engineer at Cisco Systems. A few years later, at the height of the dot-com bubble in March 2000, Cisco became the world’s most valuable company, with a market capitalization of over $500 billion. At the peak, Cisco stock was trading around $80; in the 12 months after the bubble burst, Cisco stock fell below $20, a drop of 75%. During those 12 months, Cisco’s price to sales (P/S) ratio went from 25 to 5. Twenty years later, Cisco is valued slightly above $180 billion with a P/S of 3.59.

Although it may not be as severe as the dot-com crash, something similar is currently playing out as well. Amazon is one of the largest companies in the world and still has extremely good growth relative to its market capitalization. In early June of 2021, Amazon had a market cap just shy of $2 trillion. As of today, Amazon is worth just under $1.1 trillion, a drop of more than 40%. Amazon’s P/S ratio dropped by more than 50%, going from 4.60 to 2.24. Essentially, this means that public equity markets value each dollar of revenue generated by Amazon at 50% less than each dollar of revenue generated just 11 months prior.

However, it can be argued that Amazon’s revenue is highly dependent on consumer spending, which is macroeconomically dependent and quite fickle. Therefore, let’s look at another large-cap tech company that is arguably more stable: Microsoft. A large portion of Microsoft’s revenues comes from corporations; the services and products Microsoft provides can be seen as essential business goods, since they are used in everyday business operations (think Office & Azure). In addition, Microsoft’s revenues are considered more predictable because they follow a subscription model. Even then, Microsoft’s market cap has fallen 25% from its $2.6 trillion peak back at year-end 2021. Interestingly, during this time, Microsoft has consistently grown revenue (+20% Y/Y). During the dot-com aftermath, as well, Microsoft was growing revenues and profits while its stock price was tanking.

This example, and several others, are summarized in the table below.

What about some examples in the startup world? A few months ago, as noted above, a SaaS startup was asking $35M valuation on $50K of revenue. Another recent example is the six-month-old crowdfunding platform Stonks. On March 14, 2022, it raised its first funding of $16M at what sources report was an $80M post-money valuation.

Peak signs in the VC world

On January 7th of this year, a16z raised a $9 billion fund, to get into the same league as Tiger Global and Softbank’s Vision Fund. On March 28th, Tiger Global closed a $12.7B growth fund, just four months after it closed a $11B fund, beating Softbank’s 2nd fund of $10B. As companies attracted checks of $100M+ from these mega-funds, unicorns were magically created. Tiger Global, Softbank, and a16z were betting that raising the most capital would be the #1 competitive edge not only for downstream growth-stage tech companies, but also for upstream seed-stage startups. They also set valuations less correlated to company performance metrics and more dependent on these huge VC infusions.

The Best Company has a price also, period

There were talks and blogs that clearly were signals of the bubble. Among them: “Valuation of a startup at seed stage doesn’t matter”, and Valuation matters less. When tech growth stocks were making new highs again and again and unicorns were created on a daily basis, the perception could easily be that a startup may as well value itself at $25m, rather than $10m; what does it matter?

The narrative that startup valuations don’t matter is something we will no longer hear in this new, more rational part of the economic cycle. In order to claim that $25m was a fair seed-stage valuation, you had to buy into the SPAC frenzy and believe that a good fraction of these companies would get public and trade up to $10b on crazy multiples.

Even the best business has a reasonable price, or fair market value; no company is priceless. When prices go into bubble territory, the market will eventually correct it. We are witnessing that correction so far in 2022, and given how exuberant the last two years have been, there’s still more correction to come.

What should be the startup valuation going forward?

As of May 25th, Microsoft, Zoom, and Snowflake are trading at about 10x, 7.5x, 34x ARR with annual growth rates of 20%, 50%, and 100% respectively.  With recession looming, I predict 20x ARR will be the ceiling later-stage SaaS companies in hypergrowth. Those with more modest growth will trade lower

What about the early-stage world, where valuation has been more art than science always?  Fellow seed investors and startup founders, what kind of valuation norm should we set or look for? I have a very simple formula for you to think about that is directly tied to the US M2 supply. Assuming the Federal Reserve will unwind the $6T injected since 2020, M2 will have increased during by about 50% from 2010 to 2020. So set a valuation 50% more than 10 years ago for the same type of startup. That means, if you invested at $5m 10 years ago, $7.5M is a good start today; a $10M startup should be $15M or so.

Tips to new entrepreneurs who are fundraising:

1) Seeking the highest valuation is not the right goal.

2) Being fundable in the next rounds is more critical. You have to leave  room for your next round valuation.

3) Don’t delay for modest valuation increase - get the cash and start building.